Office of the Provost
and Executive Vice Chancellor for Academic Affairs 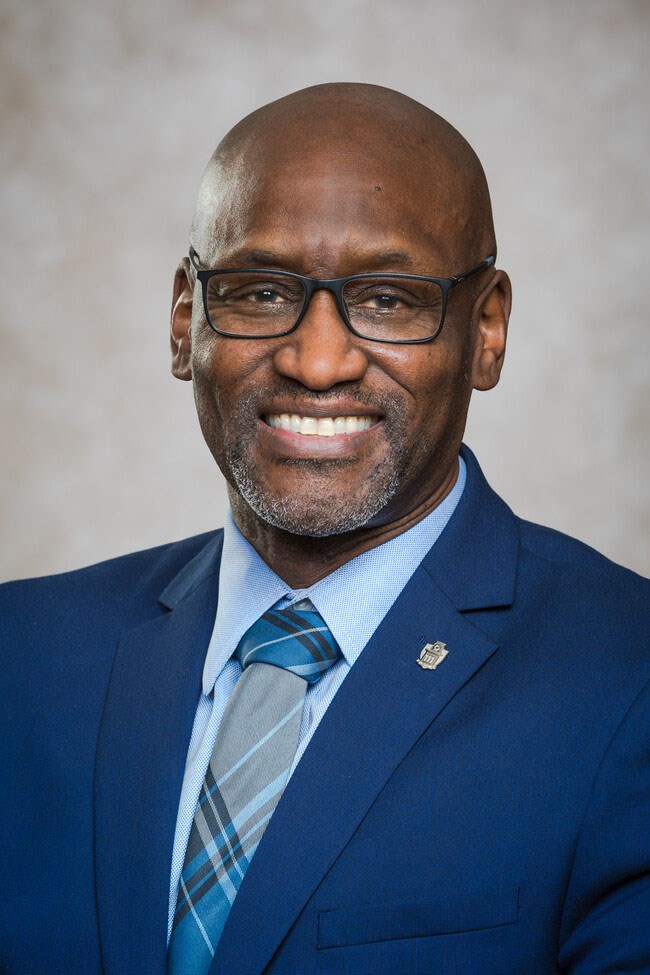 He joined the U of A faculty as an assistant professor of history in 1999, achieving the rank of full professor of history in 2010.   He also served as director of the African American Studies program from 2005-1010.  In 2009, Robinson was appointed vice provost for diversity affairs within the U of A division of academic affairs before being promoted to vice-chancellor in 2013.

Over the course of the six years that he has served as the university’s chief diversity officer, Dr. Robinson has created a number of programs that have successfully increased student access and improved student retention rates. Among these are the College Access Initiative, a college access program that offers hundreds of Arkansas high schoolers critical college readiness training.   ACT Academy, a summer residential program serving more than 200 students statewide with ACT and other college readiness training; and the Academic Enrichment Program (AEP), and academic retention initiative targeting underrepresented students. The program provides extensive mentoring support for students and connects them to important academic resources, leadership development opportunities, and social experiences.

Dr. Robinson has been instrumental in growing the number of underrepresented faculty and staff. Managing the university’s Strategic Hiring Fund, Dr. Robinson has worked closely with the provost, deans, and academic department heads to identify and recruit minority faculty. He regularly conducts training on best practices and recruiting underrepresented personnel to a variety of campus units.

Robinson has been a college teacher for over 19 years. He taught his first nine years at Houston Community College and presently serves as Associate Professor of History, and the Vice Provost for Diversity at the University of Arkansas- Fayetteville.

Teaching and lecturing are Robinson‘s passions. In his time at the University of Arkansas, he has been awarded the Fulbright College Master Teacher Award, the Arkansas Alumni Distinguished Teacher Award, and the Student Alumni Board Teacher of the Year Award. Robinson has also been cited for excellence and inducted into the university‘s Teaching Academy. In 2006, the Black Students Association honored Robinson with the Lonnie R. Williams Bridging Excellence Award and in January 2008, he was given the Martin Luther King Jr. Lifetime Achievement Award by the Fayetteville MLK committee.